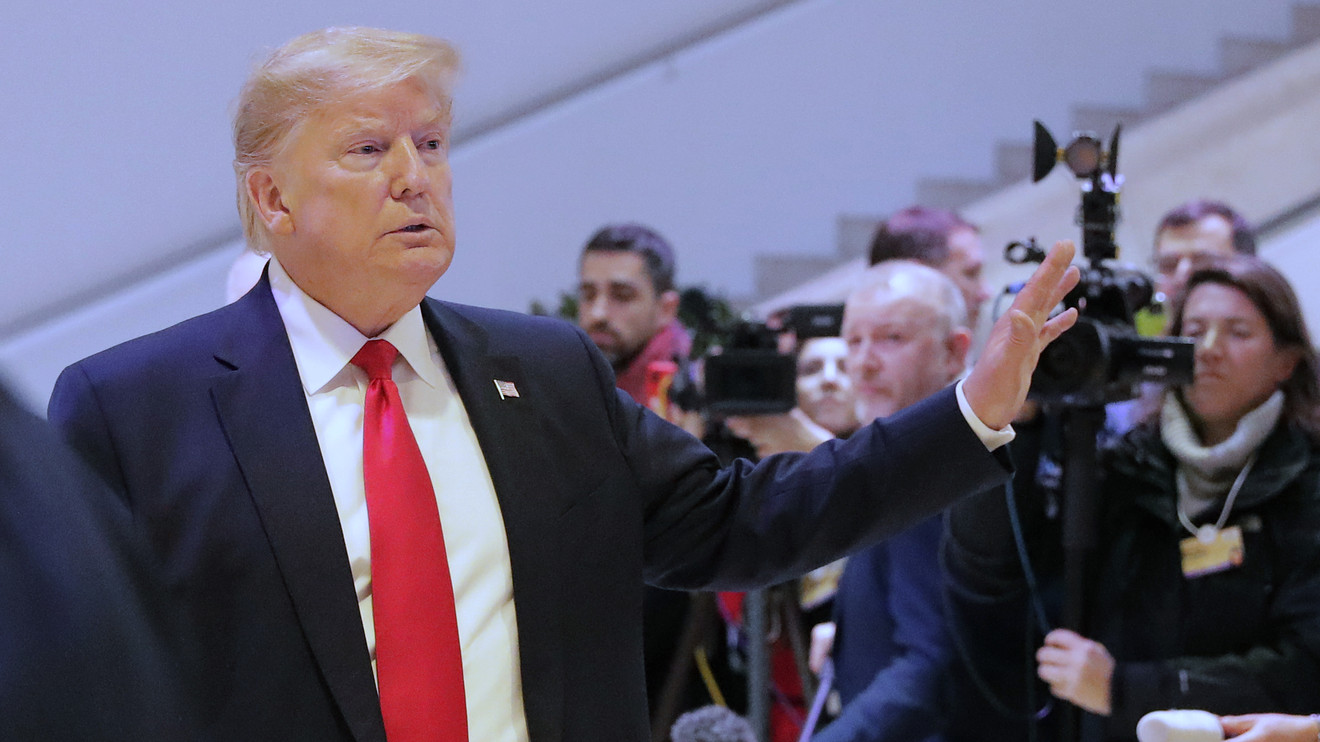 WASHINGTON (AP) — President Donald Trump appeared to suggest in a television interview Wednesday that he’s willing to consider entitlement cuts in the future, a move that would mark a tectonic shift from his stance during his 2016 run for the White House.

Trump suggested he was open to a cut in social safety net benefits, such as Medicare and Social Security, in comments during a CNBC interview on the sidelines of the World Economic Forum in Davos, Switzerland.

While Trump has repeatedly talked up strong economic growth, the federal budget deficit has swollen as his administration has pressed for tax cuts and increased government spending.

Asked if entitlement cuts would ever be on his agenda, Trump responded, “At some point they will be.”

As a candidate for the White House, Trump stood apart from much of the GOP primary field as he vowed to oppose cuts to Social Security and Medicare, while also ensuring every American had health coverage.

In the CNBC interview, Trump called tackling entitlement spending “the easiest of all things” and suggested higher economic growth would make it easier to reduce spending on the programs.

Asked for clarification following the interview, White House spokesman Judd Deere noted there had been “no benefit cuts” under Trump, and said the president has kept “his commitment to the most vulnerable Americans, especially those who depend on Medicare and Social Security.”

By Thursday afternoon, Trump had distanced himself from his Wednesday remark in Davos, suggesting on Twitter it was Democrats, and not he, who would put the funding of Social Security in peril:

Democrats are going to destroy your Social Security. I have totally left it alone, as promised, and will save it!

Trump stood apart from much of the GOP primary field in 2016 as he vowed to oppose cuts to Social Security and Medicare, while also ensuring every American had health coverage.

The budget deficit is expected to reach $1 trillion this year, according to projections by the Congressional Budget Office.

Early in his presidential campaign, Trump said he was a different sort of Republican, one who would not cut Social Security, Medicare or Medicaid.

The Medicaid promise was ultimately abandoned. The unsuccessful Republican drive to repeal “Obamacare” would have also limited future federal spending on that federal-state health insurance program for low-income people.

‘The president has made it clear that he wants to make draconian cuts to both Medicare and Medicaid — something that the American people vehemently oppose — and today he said he’s going to try again.’

Although the White House countered that the proposal would not scale back benefits for seniors, Democratic congressional leaders and a major hospital group denounced the plan.

As a candidate in the 2016 presidential campaign, Trump had seemed to draw a line against cuts to major benefit programs.

The head of an advocacy group created to defend the Affordable Care Act said Trump tipped his hand with his comments in Davos. “The president has made it clear that he wants to make draconian cuts to both Medicare and Medicaid — something that the American people vehemently oppose — and today he said he’s going to try again,” said Leslie Dach, chairman of Protect Our Care.