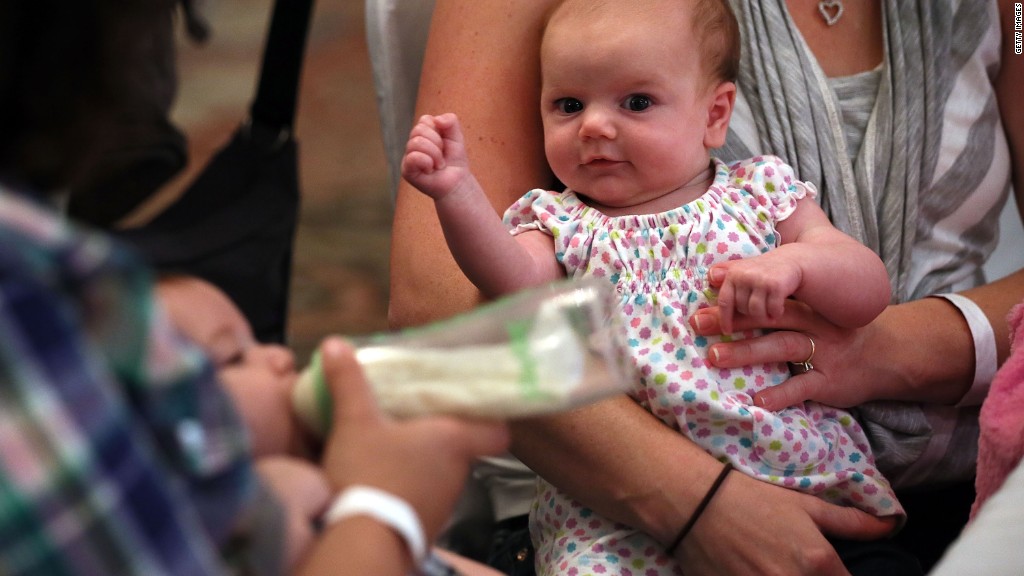 eBay has joined the growing number of tech companies that have beefed up its parental benefits.

The company announced Friday that new moms will be able to take 24 weeks of leave at full pay following the birth of their child — an increase from 10 weeks at 80% pay.

New dads, who previously weren’t offered any paid leave, will be offered 12 weeks at full pay.

The updated benefits go into effect at the start of 2016 and apply to all hourly and salaried workers who are scheduled to work 20 hours or more per week.

Paid parental leave is not mandated in the U.S., and according to the Labor Department, 12% of private sectors workers get paid family leave.

However, companies, particularly in the tech industry, have been revamping their parental benefits to help attract and retain workers.

But it’s not just tech companies increasing their benefits: Credit Suisse announced it will give new moms and dads in the U.S. 20 weeks of paid leave starting in 2016.