While many Americans are falling short on savings, millennials are most at risk of being unable to afford essential retirement expenses — such as food, shelter and medical care, according to a Fidelity Investments survey released Wednesday.

Fidelity found that about 55% of people surveyed are at risk of being unable to cover these expenses.

The retirement provider asked over 2,000 Americans a range of questions, from their health to retirement saving habits. It analyzed a variety of factors, including current income, savings rates, home equity and projected Social Security and pension benefits to predict how much money people will need in retirement and whether they are on track to meet that goal.

Across generations, many people simply aren’t saving enough, Fidelity found, with 40% of those surveyed saving less than 6% of their salaries — far below the 10 to 15% recommended by financial planners. For millennials, that percentage jumps to 51%.

Also driving the disparity: Boomers are more likely to have some sort of pension benefit and plan to work longer, according to John Sweeney, Fidelity’s executive vice president of retirement and investing strategies.

Boomers had a median desired retirement age of 66, whereas millennials wanted to retire two years earlier than that. Yet today’s young people could live well into their 90s and will have to wait until they are 67 in order to claim full Social Security benefits. 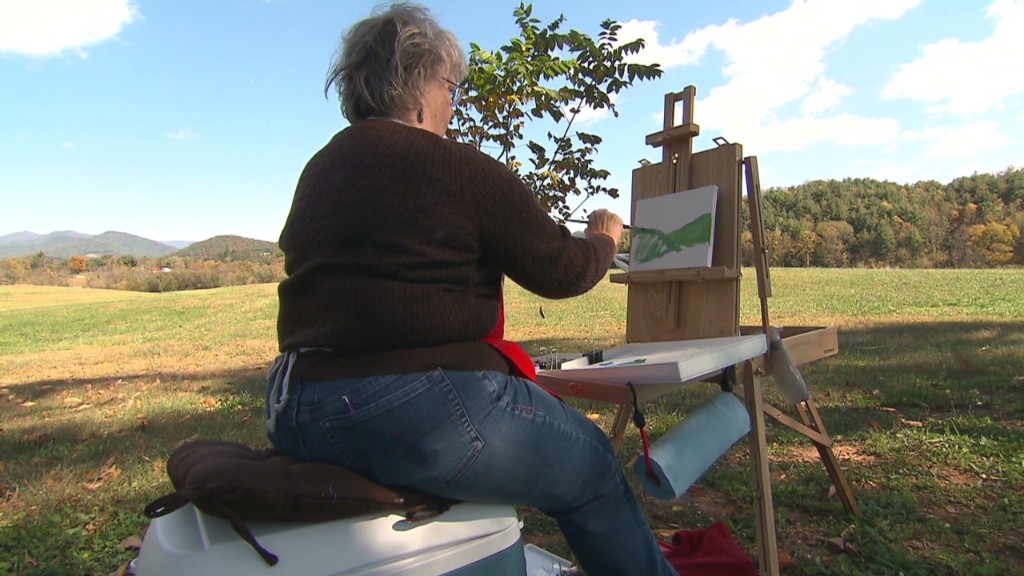 “Some of the older folks had more realistic expectations,” he said.

Many young people are also playing it too safe with investments, he said. Of millennials surveyed, 50% said they had less than half of their investments in stocks. In contrast, common rules of thumb recommend that 30-year-olds should have up to 90% of their portfolio in stocks since they have decades of savings ahead of them.

Related: Will you have enough to retire?

It’s not all bad news though. Sweeney noted that while they have the farthest to go, millennials also have the most time to catch up. Here are some key ways savers of all ages can boost their savings;

Up your savings rate: For young people especially, the most effective move is to sock away more money each month, since money saved when young enjoys decades of compound returns.

Review your asset mix: While you can’t control the markets, you can make sure your investment strategy is age appropriate. Fixing a portfolio that is either too risky or too conservative could significantly help retirement readiness, Fidelity found.

Retire later: Working longer gives you more time to save, boosts your Social Security benefits and lets you use your retirement savings over a shorter time period.

More than 2,200 households earning at least $20,000 annually took part in the online survey, which used a nationally-representative panel of respondents.