Some pension plans have overpaid retirees for years — now they’re demanding their money back.

For retirees, it can mean owing tens of thousands of dollars. And with little warning, their pension checks are being slashed to cover their debt.

In April 2011, New Jersey resident Carol Montague received a letter from American Water Works Co.’s pension plan saying it had overpaid her for more than five years and wanted its money back — plus interest. Montague, now 67, was told she owed roughly $45,000.

Two weeks later, Montague’s pension benefits dropped from $1,246 to around $325 a month, or half what she should have been paid all along. The plan takes out roughly $300 a month in order to pay itself back.

Once Montague’s health care premium is deducted, her monthly pension check shrinks to less than $25. She gets another $1,200 a month from Social Security, but it’s not enough. So, in addition to her part-time job as a school crossing guard, she is working as a salesperson at Macy’s.

So far, Montague has repaid almost $9,000 — calculations show that she won’t repay her debt in full until 2024.

Share your story: Are you worried about your pension?

American Water said Montague signed a document verifying the correct pension amount and that they are legally allowed to collect any overpayment, with interest, to protect the viability of the pension fund. Montague acknowledges she made a mistake, but didn’t think she needed to confirm that her benefits matched the amount in the letter she had signed almost a year before she retired.

“I put it away in a steel box. I never looked at it again. It was stupid on my part,” she said. “But it took (almost) six years for them to find out they overpaid me?”

With the help of the Mid-Atlantic Pension Counseling Project, a government-sponsored program, she has appealed to the pension plan to waive the interest, as well as ease some of the overpayment burden. But the plan has refused.

This year, nearly 600 retired metal workers and their spouses are facing these so-called recoupment demands from the Sheet Metal Workers Local Union No. 73 Pension Fund, based outside of Chicago.

Related: Will your congressman retire richer than you?

In a letter sent to the pension recipients in May, the fund said a 2010 audit found that certain pensions were calculated incorrectly from 1974 to 2004, resulting in more than $5 million in overpayments, according to an IRS filing. The fund is now demanding that the retirees pay back decades worth of mistakes, including interest based on the plan’s rates of return.

In July, the pension fund reduced hundreds of checks to the proper payment amount and then again, to make up for the overpayments, often by as much as 25%.

Since the pension fund is forecasting that many of the retirees will die before their debts are repaid, it is asking many of them to make large upfront payments.

It’s unclear why the pension fund, which did not respond to requests for comment, waited several years to make the adjustments.

Carole Grant, 75, was told by the sheet metal worker’s plan that she owed almost $61,000 (roughly half of which was interest) for nearly 20 years of overpayments on the spousal benefits she received from her deceased husband’s pension. Her monthly benefit of $394 should have actually been $249, the pension fund said.

Related: Are you saving enough for retirement?

As a result, she’s been asked to make an upfront payment of $54,000 and her check has been reduced to $187 a month. While she has other sources of income, she doesn’t think she should have to turn over her retirement savings.

“I don’t feel that I should be penalized for the mistakes that they made,” she said. 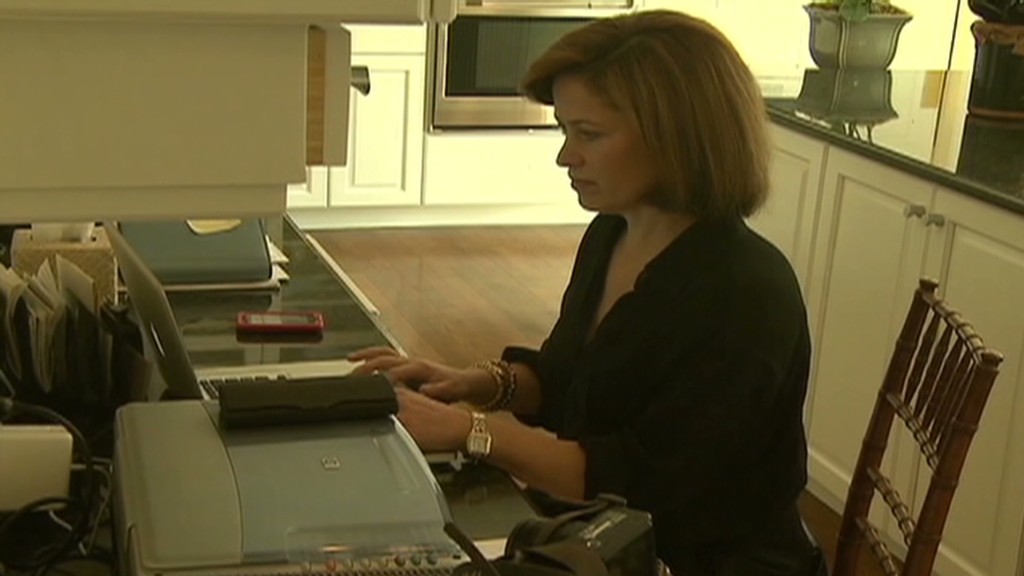 Karen Ferguson, director of the Pension Rights Center, a Washington D.C.-based advocacy group, said that, in most cases, retirees have no idea they are being overpaid since “the way a benefit is figured in a typical pension plan is impossible for an ordinary person to fathom.”

She called the sheet metal workers case the “most egregious” she’s seen, underscoring the need for federal regulations, such as imposing a statute of limitations and limiting how dramatically a pension check can be reduced. She also said many retirees don’t realize that plans rarely take legal actions to recover the lump sums.

While some of the retired sheet metal workers have been able to get their debts forgiven or reduced by filing “hardship waivers,” many have had appeals denied, said Tim Kelly, an attorney representing some of the retirees.

Cochran paid years’ worth of income taxes and child support based on the amounts he received. And he’s heard of many retirees in worse financial shape than him.

“There are so many other older retirees who didn’t plan for rainy days,” Cochran said. “This is all they have.”

Have you received a recoupment demand? Visit the Pension Rights Center website for advice or for pension counseling referrals.

Millennials may not be able to afford retirement essentials