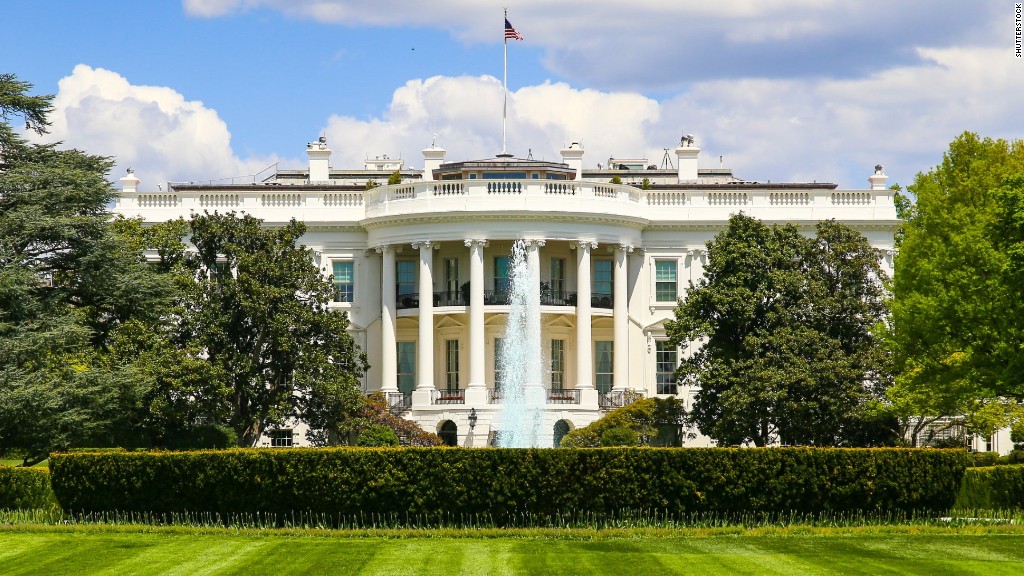 President Donald Trump may talk a lot about creating jobs, but there’s one kind he wants to eliminate: Tax preparers.

“I want to put H&R Block out of business,” Trump said on the campaign trail.

“H&R Block probably won’t be too happy,” he said again in February.

Trump is confident that his tax plan will simplify the code enough to make individual filing a snap “If we can do it on one page,” Trump said at a press conference on Monday. “Now, in some cases, it may be two pages.”

In fact, Trump thinks it will be so simple that some taxpayers will be able to do away with their accountants altogether. But so far, tax professionals don’t seem very worried.

Trump is taking aim at a huge industry: The Bureau of Labor Statistics reports there are 70,000 tax preparers in the U.S., which may be an undercount. (H&R Block (HRB) claims 70,000 “tax professionals” in its own franchises, and that doesn’t include all of the tax lawyers at big firms like PricewaterhouseCoopers and Accenture). According to a study by an economist at the University of California, Los Angeles, Americans spend $200 billion a year just filing their federal income taxes.

Yet despite Trump’s promise to render professional tax preparers obsolete, the GOP’s tax plan will still leave them with plenty of work to do.

The so-called Big Six’s Unified Framework — a nine-page statement of principles agreed to by the White House and Congressional leaders — does a few things to make the tax code less complex. It would compress the existing seven individual tax brackets down to three, eliminate “most” itemized deductions and get rid of the alternative minimum tax and the estate tax.

On the corporate side, it would drop the overall corporate tax rate from 35% to 20%, while scrapping some deductions and exemptions for specific industries.

But those measures don’t affect most Americans, only 30% of whom choose to itemize rather than take the standard deduction, according to the Tax Foundation.

At the same time, the plan envisions other changes that would make filing taxes more complex.

For example, it expands the child tax credit and adds a $500 credit for dependents like elderly parents, while maintaining exemptions and deductions for mortgage interest, retirement savings, higher education, and charity. (The non-partisan Tax Policy Center has pooh-poohed the GOP’s promise to enable individuals to file their taxes on a postcard, pointing out that plenty of worksheets would still be required to figure out how to fill out that postcard’s fields.)

On the corporate side, the Big Six plan adds a new loophole, which allows businesses to expense their new investments. All of these exemptions may or may not serve as valuable incentives, but they don’t help simplify the tax code.

Meanwhile, the GOP introduces a large dose of complexity by proposing to tax “pass-through” businesses — which include sole proprietorships and partnerships — at 25%, rather than the top individual tax rate of 39.6%. This reduced rate will incentivize businesses to restructure themselves as pass-throughs if they can.

“Any time you get any kind of rate differential for different sources of income, you warm the hearts of every tax planner everywhere,” says Joe Thorndike, a tax historian with the non-profit research firm Tax Analysts. “That’s great for them, because that’s going to create an enormous opportunity to reorganize.”

Trump’s team argues that by cutting the corporate tax rate to 20%, it will make it less attractive for big multinational corporations to lower their taxes through complicated accounting maneuvers like transfer pricing and earnings stripping. Many economists agree.

“A somewhat lower rate would both reduce incentives to profit shifting and also help smaller firms compete better with their larger counterparts,” says Fatih Guvenen, a professor at the University of Minnesota who has studied corporate tax practices.

However, another part of the GOP plan — known as “territorial taxation” — would make profits earned overseas tax-free forever, which will always compare favorably to even the lowest corporate tax rate. That creates an incentive in the other direction, to classify income as foreign rather than domestic, explains Tax Policy Center senior fellow Steven Rosenthal.

“There are aspects of the Big Six framework that will create new gaming,” Rosenthal says.

So even if big corporations stop spending money on complex accounting maneuvers that help shift their profits around, they will still need tax lawyers for plenty of emerging lines of business.

“I’m not too terribly worried the tax business is going to change dramatically,” says Ramon Camacho, a principal in the international tax practice at RSM US. “But there’s always something else to do. Just move into litigation!”

And what about the H&R Blocks of the world? They’ve already been building software that allows taxpayers to file their returns from the comfort of their couches, no human assistance required. In the meantime, they don’t seem all that worried about Congress deregulating them out of their jobs. Any change in the tax code, after all, creates demand for professional advice.

“It could be simpler, but there’s no scenario where it would be simple, the U.S. tax code,” said H&R Block CEO Tom Gerke on the company’s most recent earnings call. “Every time we get into one of these reform processes, we can’t resist adding to it as well.”